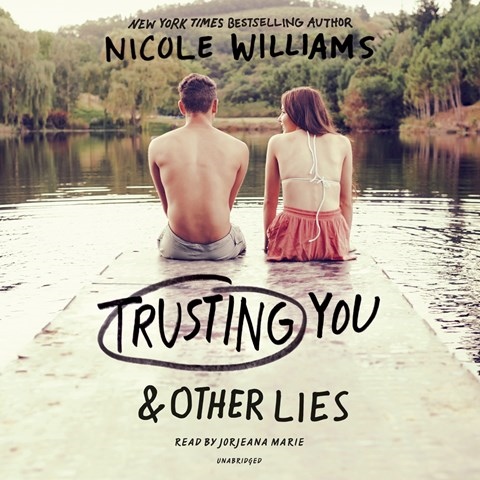 TRUSTING YOU & OTHER LIES

Narrator Jorjeana Marie captures the sardonic tone of Phoenix's first-person narrative. As Phoenix drives to family camp Kismet with her parents and little brother, Harry, she recounts the dishonesty of her parents and her ex-boyfriend. Marie's delivery is sharp with the many barbed edges Phoenix has developed because of hurts and fears. Once at camp, Marie voices the coldness and sarcasm of Callum, the head counselor. His hidden hurt and judgmental responses match Phoenix's. Gradually, Marie registers softness in the tones of both teens as they develop a mutual understanding and fall in love. But distrust doesn't fade easily. In the end, Marie's reading becomes tender as the teens begin to trust each other without reservation. S.W. © AudioFile 2017, Portland, Maine [Published: SEPTEMBER 2017]