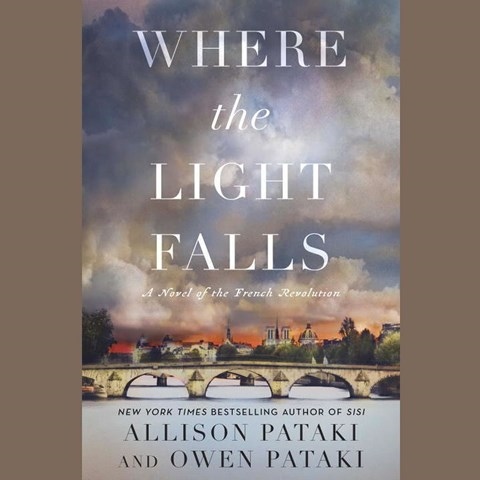 WHERE THE LIGHT FALLS A Novel of the French Revolution

Narrator Bruce Mann's voice commands attention from the first moments of Allison and Owen Pataki's carefully researched, if ponderous, novel of the French Revolution. French citizens shouting liberty, equality, and fraternity have overthrown the monarchy of the most reviled king, Louis XVI, and his detested queen, Marie Antoinette. Aristocrat André Valière's father is guillotined. André himself avoids execution by joining the new army. Combined with André's story is the the tale of Jean-Luc, a lawyer, and Sophie, a young widow who is terrified of the unrelenting, bloody chaos. Famous personalities such as Robespierre and Alexandre Dumas populate the lengthy story, and Mann's narration is precise and appropriate. He delivers the vivid, often graphic images of the turbulent period from 1792 to 1804 without overdramatizing. A challenging but worthwhile listen. S.J.H. © AudioFile 2017, Portland, Maine [Published: SEPTEMBER 2017]