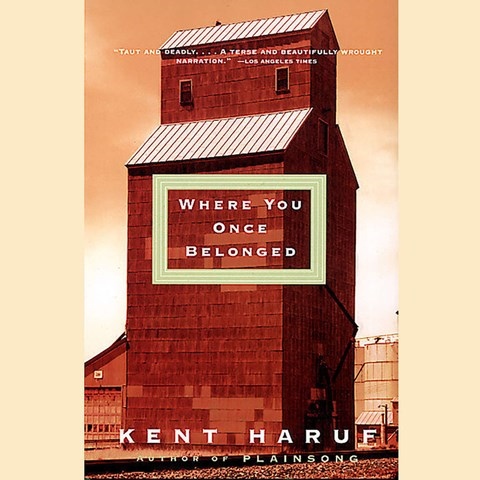 WHERE YOU ONCE BELONGED

Narrator Kirby Heyborne deftly portrays the panoply of characters in Haruf's peek behind the picket fences of a small town. Heyborne uses a gruff rough-around-the-edges tone for Jack Burdette. The former high school football hero courts the prettiest girl in town and tells the best jokes. When he absconds with $150,000 belonging to the town, the good people of Holt, Colorado, are mighty upset. Heyborne ratchets up the tension in his voice when Burdette returns eight years later and finds the population still angry. He leavens his silky-smooth portrayal of Pat Arbuckle, the town newspaper's owner and Jack's former rival, with a tinge of melancholy. This audio depiction of rural America is remarkably relatable. R.O. © AudioFile 2017, Portland, Maine [Published: JULY 2017]