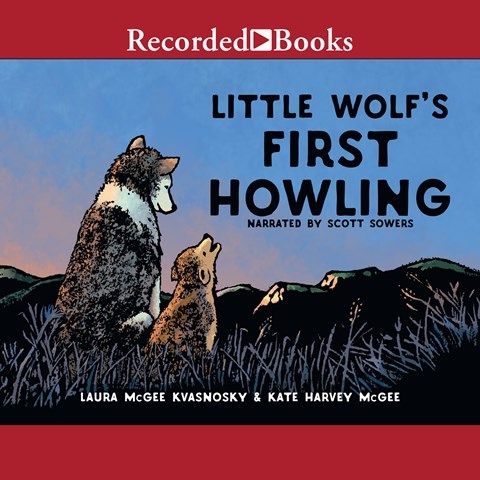 Narrator Scott Sowers knows how to howl--not only the spine-tingling, mournful howl that one expects to hear out in the wild, but also the unexpected and soul-tingling howl of a creative young wolf. As two wolves, father and son, set out for the hilltop on the special night of Little Wolf's first howling, Sowers sets a studied pace. His Big Wolf's voice is dusky and deep. His young wolf is childlike and eagerly pushing the envelope. Not to be rushed, Father Wolf voices exasperation, but patience, as he admonishes his son to howl in "proper form." The story's climax will leave young listeners grinning from ear to ear and probably trying out a bit of howling themselves. A.R. © AudioFile 2017, Portland, Maine [Published: DECEMBER 2017]