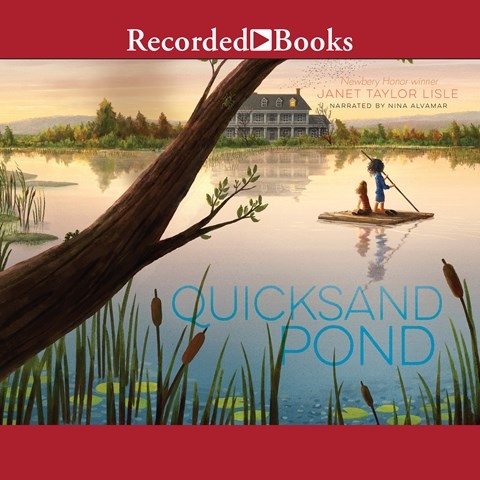 Nina Alvamar delivers a sensitive performance of this coming-of-age story about rumors, reputations, and redemption. In a small seaside town in Rhode Island, a decades-old crime casts a shadow over the Carr family, making 12-year-old Terri an outcast. A chance meeting on a sinking raft on Quicksand Pond brings Terri and and the new girl, Jessie, together in an unlikely partnership. Capturing the contrast between the girls, Alvamar employs a sharp, direct delivery to assert Terri's independence, while using a light, questioning tone to convey Jessie's uncertainty. Alvamar handles dialogue, especially argument, well. She doesn't hold back during tense, emotional scenes, raising and tensing her voice as needed, challenging listeners to confront the personal cost of maintaining one's integrity. A.S. © AudioFile 2017, Portland, Maine [Published: NOVEMBER 2017]