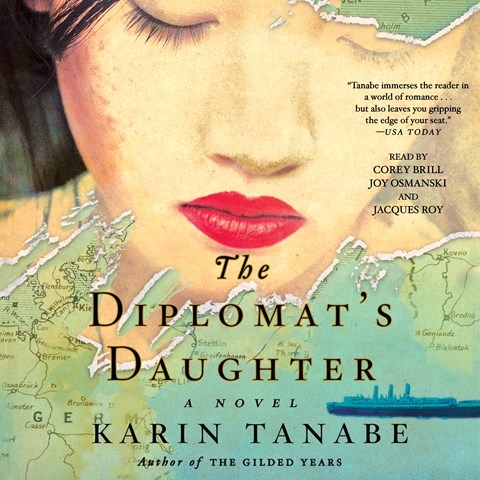 Set against the backdrop of the bombing of Pearl Harbor and WWII, this audiobook is compelling and heartbreaking. Told from the alternating perspectives of three young people, the novel is part history, part social commentary, and part love story. Emi Kato, the diplomat's daughter, is a 21-year-old Japanese girl who winds up in an internment camp before being sent back to Japan. Christian Lange, the son of German parents who are sent to prison for "un-American" activities, enlists to fight for the United States. Leo Hartmann, Emi's first love, is a Jewish refugee. As their stories unfold and their pasts are revealed, listeners find themselves transported to this pivotal part of our history and moved by the selfless acts of the characters as their lives collide. K.S.M. © AudioFile 2017, Portland, Maine [Published: NOVEMBER 2017]