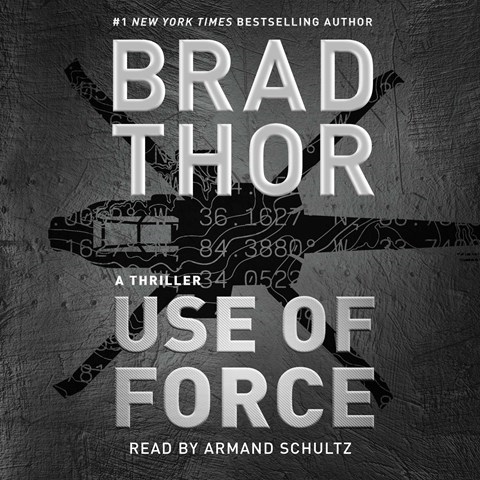 USE OF FORCE Scot Harvath, Book 16

When the CIA learns of a terrorist plot to bomb the most important religious sites in Europe, it turns to counterterrorism expert Scot Harvath to thwart the plans by any means necessary. That means lots of shooting. Narrator Armand Schultz gives life to the tough-as-nails former SEAL and his team of equally hard-nosed warriors as they push their way through Europe and the Middle East, getting into one horrible battle after another. There are no sound effects in the audiobook, but Schultz's pacing and exciting descriptions of the action never allow the listener's mind to wander. The testosterone-fueled plot fulfills the listener's most macho fantasies about a man who does whatever he must to save the innocent from Islamic terrorism. M.S. © AudioFile 2017, Portland, Maine [Published: SEPTEMBER 2017]