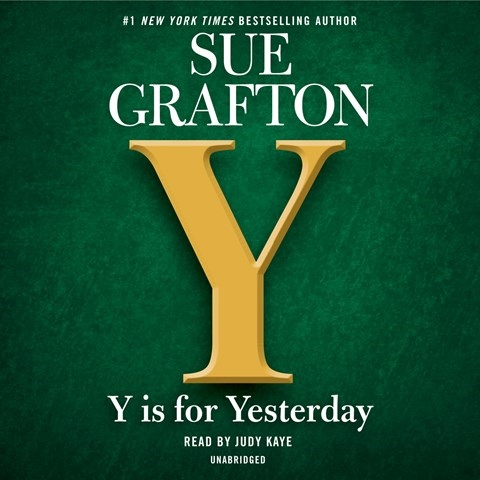 Despite approaching the end of the alphabet, Sue Grafton's novels continue to entertain. Ably narrated by Judy Kaye, this intricate story features P.I. Kinsey Millhone's efforts to uncover the person who saved a tape of a brutal sexual assault at an elite private school and waited a decade until one of the perpetrators was released from prison to demand a ransom from his parents. As Millhone tries to determine who has the tape, she finds herself the target of the scheming former students as well as a psychopath with a murderous grudge against her. Kaye's steady, measured performance and her depiction of Millhone are particularly effective. The audiobook lapses into moments of tedium, however, when Grafton and Kaye seem distracted. But Kaye especially shines when she shares the satisfying conclusion to the investigation. D.J.S. © AudioFile 2017, Portland, Maine [Published: AUGUST 2017]