Home»Reviews»AUSTRALIAN HEROINES OF WORLD WAR ONE 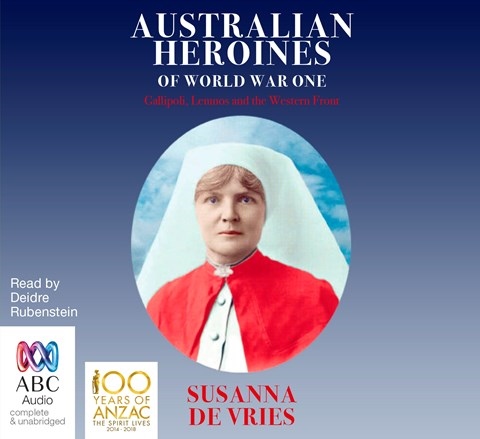 AUSTRALIAN HEROINES OF WORLD WAR ONE Gallipoli, Lemnos and the Western Front

The Australian nurses and reporters in this eye-opening history remind us of the bravery and hardship of all wartime nurses, who often work with little recognition and suffer worse conditions than battlefield doctors. Narrator Deidre Rubenstein offers a stalwart reading that matches the fortitude of the eight women whose diaries the book is written from. One wishes that author Susanna de Vries's editorial comments were more insightful and less repetitive, and that Rubenstein picked up the pace more often. (Ultimately, I increased the playback speed, which helped.) However, the women's adventures, such as escaping Antwerp under fire, and determination, including ripping up their own clothing when bandages were unavailable, make up for the audiobook's occasional shortcomings. A.C.S. © AudioFile 2017, Portland, Maine [Published: SEPTEMBER 2017]