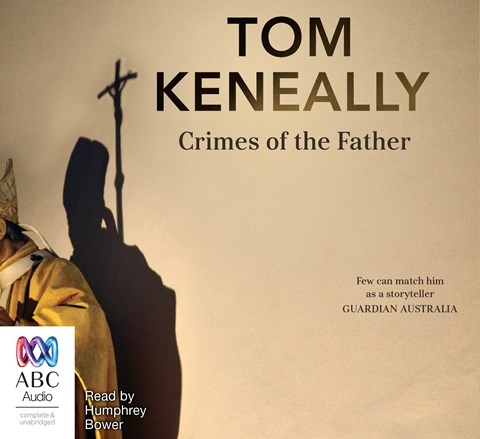 CRIMES OF THE FATHER

This is an audiobook from a more innocent time when the allegations of child abuse against Catholic priests were just emerging. Narrator Humphrey Bower sounds like a wise and kindly priest himself as he tells the story of a priest transferred to obscurity in Canada for preaching about birth control, the Vietnam War, and other hot topics. When he returns to his native Australia for a long leave, he is asked to help manage a sex abuse scandal involving people he knew, including a woman from his past. When Bower speaks as the woman, his voice softens and makes every utterance urgent and believable. This is a novel, but it has the feeling of a true-life book in its depiction of the behind-the-scenes machinations of the Catholic church as it tried to whitewash its failings. M.S. Winner of AudioFile Earphones Award © AudioFile 2018, Portland, Maine [Published: FEBRUARY 2018]