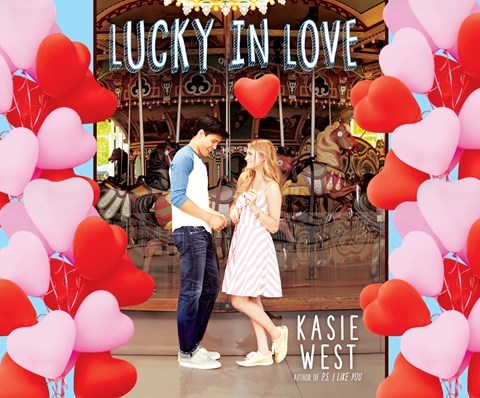 Maddie Parker is driven and hardworking--she doesn't rely on luck or chance. When she buys a Lotto ticket on her 18th birthday, and wins, her life is instantly turned upside down. Laurence Bouvard is tasked with narrating Maddie's new reality as she struggles to figure out what she wants, whom she can trust, and what comes next. The difficulty Bouvard faces is that Maddie isn't always a likable protagonist. She's a bit of a pushover and can come across as whiny and insecure. In addition, as the only narrator, Bouvard is stronger at the adult characters and weaker at Maddie's friends and classmates, particularly as Seth, Maddie's love interest. The story will appeal to Kasie West's fans. K.S.M. © AudioFile 2017, Portland, Maine [Published: DECEMBER 2017]