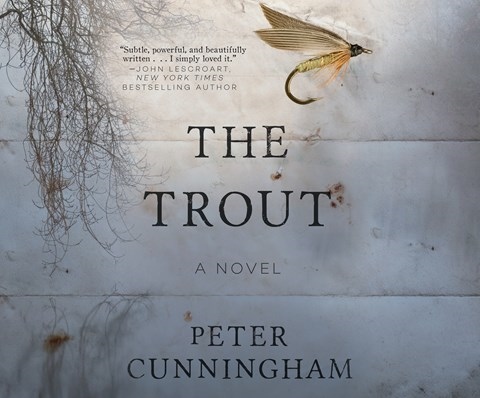 Irish writer Alex Smythe reflects on a childhood tragedy, his larger-than-life father, and the relationship that led him to abandon the seminary and flee to Canada. Narrator Jeff Harding makes a number of choices that jolt the listener out of the story. Why, for example, does Alex's wife, Kay, have an Irish accent while Alex has a Canadian one if they left Ireland at the same time? In addition, Harding's artificially high voice for several prominently featured child characters is jarring. His sing-song delivery throughout diminishes the lyrical writing and the tension and emotional impact of the novel, and his failure to differentiate between brief exposition on trout and the main narrative may cause confusion. An unfortunate miss. E.C. © AudioFile 2018, Portland, Maine [Published: JANUARY 2018]