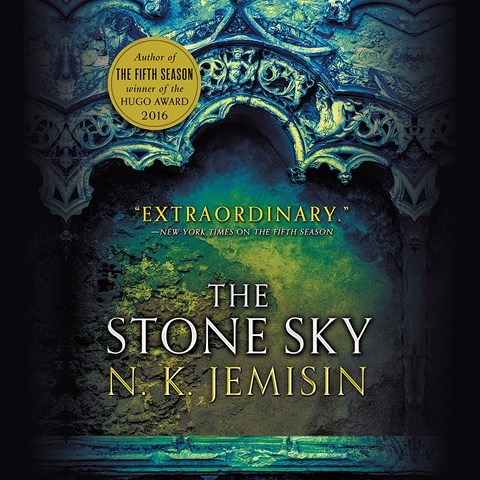 Narrator Robin Miles keeps up the suspense throughout this dramatic conclusion to the Broken Earth Trilogy, leaping right back into the final moments of the previous title, THE OBELISK GATE. Listeners will be captured by the tense story of Essun and her lost daughter, Nassun, each of whom is working towards saving--or ending--the world. They are powerful orogens who are able to control seismic activity, and each battles the world's bigotry towards those talents. Miles perfectly embodies the voices of the many characters, including that of Hoa, the ancient narrator who listeners learn had a crucial role in plunging Earth into tectonic chaos 40,000 years ago. Listen and be transported to a meticulously built world that serves as a dire warning about the dangers of prejudice and power. E.E.C. Winner of AudioFile Earphones Award © AudioFile 2017, Portland, Maine [Published: AUGUST 2017]