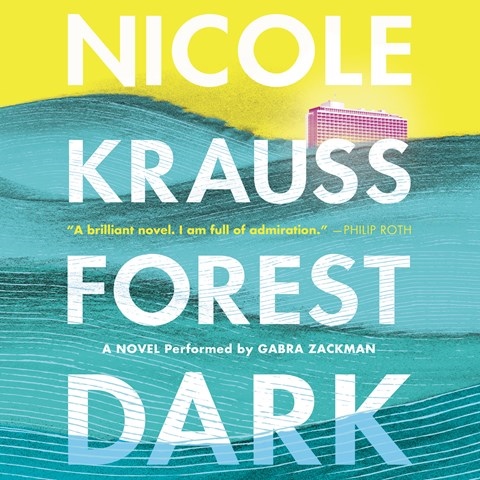 Narrator Gabra Zackman's voice is a confident, centered presence in Krauss's esoteric audiobook. Listeners encounter two stories: One involves wealthy New York City attorney Jules Epstein, whose passions include art collecting. The second centers on Nicole, a writer who also lives in New York who decides to seek inspiration in Tel Aviv. Epstein travels to Israel as well, perhaps in a search for meaning. Krauss's novel progresses in unconventional ways. Nicole is characterized primarily through her mind; we listen as her thoughts unspool in a narrative that encompasses larger intellectual themes. Zackman, as the voice of these thoughts, guides listeners with a skilled narration that complements Krauss's audiobook. S.P.C. Â© AudioFile 2017, Portland, Maine [Published: OCTOBER 2017]