Home»Reviews»THERE'S SOMEONE INSIDE YOUR HOUSE 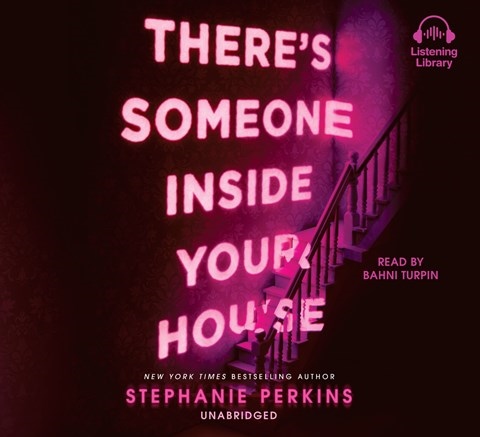 THERE'S SOMEONE INSIDE YOUR HOUSE

Stephanie Perkins merges romance with horror, and narrator Bahni Turpin does both justice. She gives an especially convincing portrait of the complex character at the center of this story. Makani Young, a transplant from Hawaii, has come to an insular Nebraska town. Warm with close friends, she has a veiled quality that comes from a secret she's hiding and from feeling like an outsider. But she finds her coldness thawing when she develops a crush on Ollie. In Turpin's performance, Ollie's calm contrasts Makani's passionate nature. Interspersed between scenes of their growing relationship are Turpin's chilling renditions of a ruthless killer who stalks, taunts, and murders teens. Turpin increases the tension as the body count grows, reflecting the town's mounting terror and Makani's fear after having barely escaped death once before. S.W. © AudioFile 2017, Portland, Maine [Published: NOVEMBER 2017]