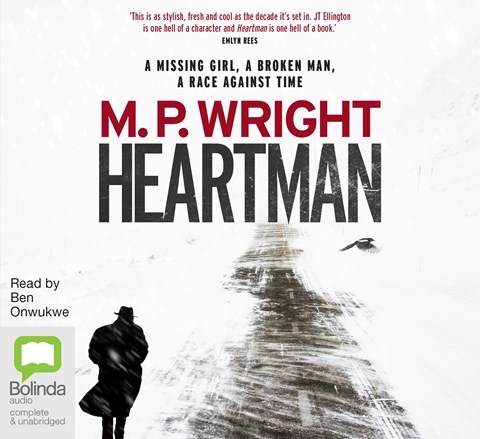 Narrator Ben Onwukwe's voice is strong and assured as he brings alive voices of the West Indies and the British West Country in this crime story set in 1960s Bristol. J.T. Ellington is a Barbadian policeman with a past, come to Britain for work and a new start. The welcome he receives is hostile, and when he's offered payment to track down a vulnerable young woman who's gone missing, he finds himself caught up in web of corruption. Onwukwe has the occasional habit of leaving odd pauses between words, but other than that, he can't be faulted. This is the start of a promising new series, full of social and historical color and well-drawn likable characters. C.A.T. © AudioFile 2017, Portland, Maine [Published: OCTOBER 2017]