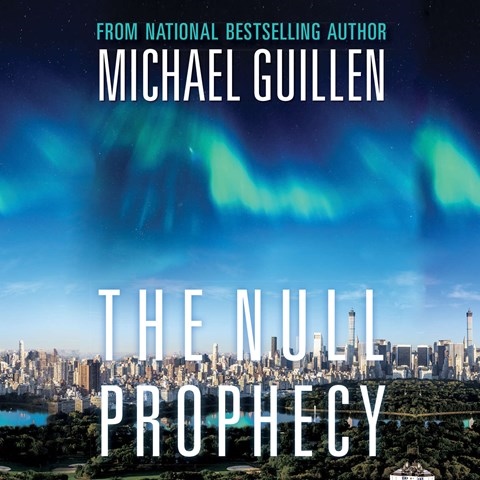 Narrator A.T. Chandler manages to make the potential end of the world an energizing experience. Things don't look good for planet Earth when holes develop in the magnetosphere. That problem is coupled with massive, deadly solar flares that are barreling toward Earth. Charged with avoiding the oncoming catastrophe are maverick scientist Calder Sinclair and physicist-turned-broadcaster Ally Almendariz, who are also busy fighting their own demons and their mutual attraction. Chandler ably broadcasts a global community of voices, including an Eskimo scientist, an elderly Spanish nun, and an Aussie student. He does an especially impressive job with female characters, such as Ally's sister, LoLo, a religious zealot, and her nagging producer, Eva. His urgent countdown to the coronal mass eruption propels the compelling narrative. D.E.M. © AudioFile 2017, Portland, Maine [Published: SEPTEMBER 2017]