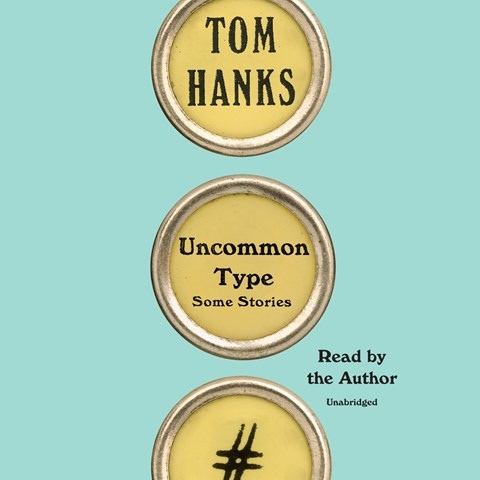 The charm of Tom Hanks's debut collection of stories stems from the inspiration he draws from an oft-forgotten and much-maligned machine that, despite its obsolescence, holds possibilities unknown--the typewriter. Clearly, Hanks, who collects typewriters, is smitten. When such a unique motif is coupled with one of Hollywood's most popular voices, one is naturally curious. The stories are wide ranging, at times funny, bizarre, and poignant--but the real draw is Hanks himself. As expected, his performance is charismatic. His strengths shine in male characters, especially curious boys and men in conversation. He regularly plays with accents, making memorable a couple of recurring characters. The final story, a screenplay, offers a special treat--a full cast of his friends performing along with him. A.S. © AudioFile 2017, Portland, Maine [Published: OCTOBER 2017]