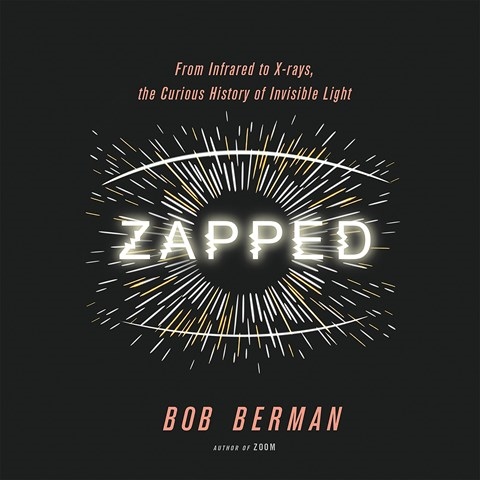 ZAPPED From Infrared to X-rays, the Curious History of Invisible Light

In this wide-ranging survey of electromagnetic energy in all its forms, Berman provides historical detail on how we humans came up with the discoveries and conclusions that so enlighten (as it were) the modern era. Narrator Peter Ganim adds a smooth voice, authoritative and friendly at the same time, never stumbling over exotic names and technical phrases. Like any good nonfiction narrator, his presence fades into the background as the text unfolds. The listener is left to ponder the undeniable fact that his or her body is being bombarded by mostly invisible electromagnetic energy trillions of times a second, the bulk of it zipping through as if the body weren't there. Fascinating. D.R.W. © AudioFile 2017, Portland, Maine [Published: OCTOBER 2017]