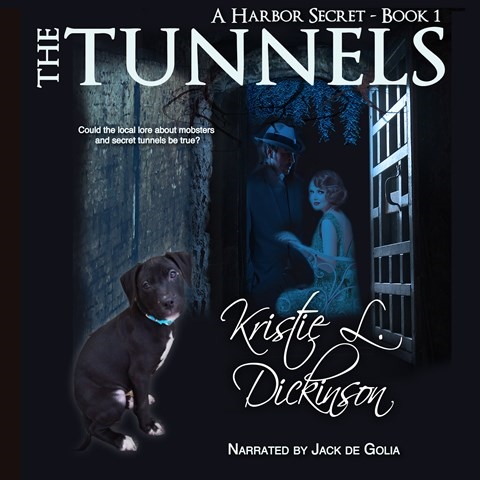 THE TUNNELS A Harbor Secret, Book 1

Jack de Golia's narrating style, like the plot of this mystery, is split between that of gritty detective stories of the 1930s and more lighthearted stories about small-town life. He makes seamless transitions between the mystery surrounding an old speakeasy run by the Purple Gang in Michigan during prohibition and the efforts of its new owner, Kylie, to restore the place and understand its history. De Golia draws out the understated humor of the fire chief and the seemingly unbridled exuberance of Kylie as their romance unfolds. In contrast, the two romances in the speakeasy days are more furtive, and the interactions between the characters a bit coy. Overall, this production has a quick pace and steady forward momentum. J.E.M. © AudioFile 2017, Portland, Maine [Published: SEPTEMBER 2017]