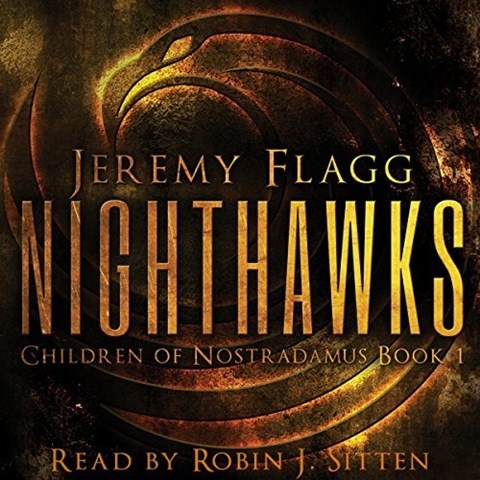 The Children of Nostradamus have special abilities--powers that the government wants to control and manipulate. But a ragtag team of the gifted youth are about to fight back after years of being hunted. Narrator Robin Sitten's matter-of-fact delivery blends well with the story's edgy and dark world but softens during the tender moments among the characters. She doesn't excel at creating distinct voices, which is disappointing, as Flagg has created a good mixture of goofy, tough, and tortured characters who are sometimes hard to differentiate. But her delivery works effectively with the action scenes, avoiding an overly dramatic tone, thereby allowing listeners to form their own impressions. L.E. © AudioFile 2017, Portland, Maine [Published: SEPTEMBER 2017]