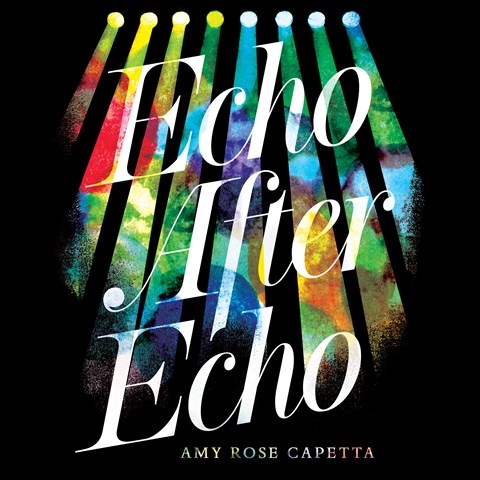 Narrator Devon Sorvari's brusque tone is heavy with meaning as she embraces Capetta's wide cast, sweeping romance, and thrilling murder mystery. Zara Evans has been cast as the lead in her favorite production, but when she arrives at the famed Aurelia Theatre, she finds passion, high stakes, and death. Fierce competition, dark secrets, and a highly volatile director threaten her happiness and her greatest dream. Capetta's prose is vivid, complex, and tinged with emotion, and Sorvari's characterizations bring the writing to life. Listeners will be engaged by Sorvari's wide range and deliberate pacing as she balances the danger and romance that carry listeners through Zara's vivid story. K.S.B. © AudioFile 2017, Portland, Maine [Published: DECEMBER 2017]