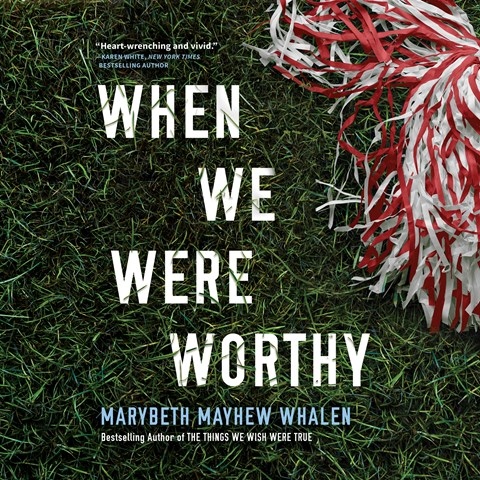 WHEN WE WERE WORTHY

Delivering the points of view of multiple characters can be a challenge for a narrator. Joshilyn Jackson, however, skillfully portrays a large group of characters as she recounts the solemn days that follow a small-town tragedy. As the story unfolds, Jackson depicts more than 16 individuals--from young cheerleader Leah to middle-aged restaurant manager Clay. Jackson's vocalization of each character's attributes--even down to their Southern drawl, or lack thereof--helps listeners remain aware of who is speaking. Steadily maneuvering between multiple narratives, Jackson brings the residents of Worthy, Georgia, to life and allows listeners to connect with their hopes and fears. V.T. © AudioFile 2019, Portland, Maine [Published: APRIL 2019]