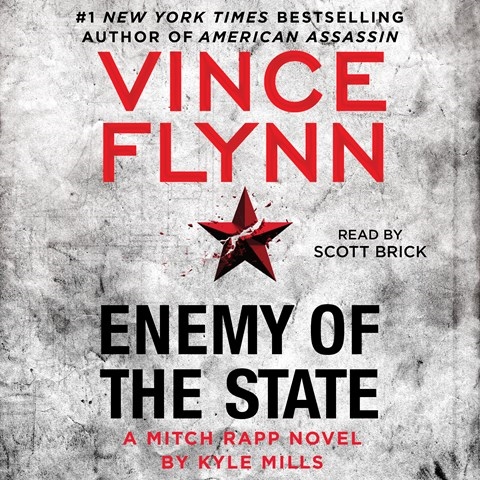 Scott Brick picks up this series as flawlessly as Mills picks up the writing of it from the late, great Vince Flynn. Brick never allows the action to slow and commands a host of voices from all over the world--as usually becomes necessary when ace CIA operative Mitch Rapp is involved. In this episode, Rapp has "retired" from the CIA and gone underground on a special assignment for the president. In an effort to target terrorist sponsors in Saudi Arabia, he works with a handpicked squad of mercenaries. From the sultry Italian-Jewish ex-Mossad agent, Donatella, to the old Russian KGB officer, Grisha Azarov, Brick's accents and vocal tones are impeccable. M.C. © AudioFile 2017, Portland, Maine [Published: NOVEMBER 2017]