Home»Reviews»LOVE AND OTHER CONSOLATION PRIZES 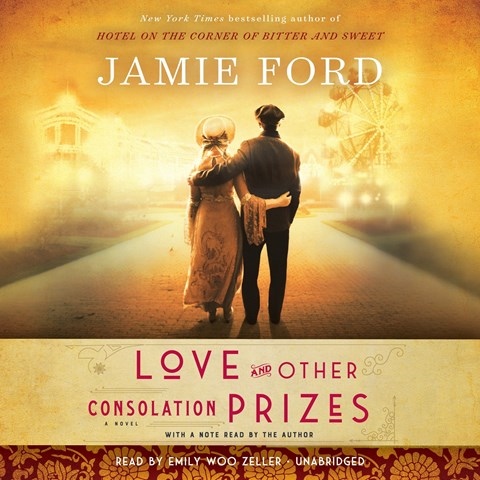 LOVE AND OTHER CONSOLATION PRIZES

At the 1909 Alaska-Yukon-Pacific Exposition in Seattle, a child was given away as a raffle prize. In this thoroughly researched audiobook, Ford imagines a life for that boy as a servant in Seattle's red light district and explores his relationships with two young women--the madam's daughter, Maisie, and a Japanese kitchen maid, Fahn. Narrator Emily Woo Zeller brings Yung Kim, later renamed Ernest Young, and a cast of diverse and colorful characters to life with her expressive performance. Parallel storylines explore Ernest's youth and his life in 1962, the year of the Seattle World's Fair. Zeller subtly alters her voice so that the characters seem to age but remain unique and identifiable. A passionate performance of a romantic story. E.C. © AudioFile 2017, Portland, Maine [Published: OCTOBER 2017]