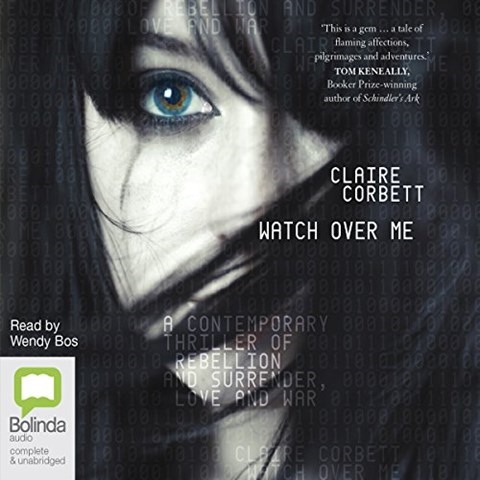 Edwina Wren turns in an admirable performance of Clare Corbett's original imagining of what happens after a war in a postapocalyptic, contemporary society. In a first-person telling, 19-year-old Sylvie explains that her home in Port Angelsund is currently occupied by a fascist army called Garrison for its strategic access to valuable sources of natural energy. Wren handles Corbett's world-building smoothly, making the strong military presence--the curfews, drones, rations, and violence--sound commonplace. Sylvie loses herself in her smoldering relationship with Will, a Garrison lieutenant, and is subjected to multiple, graphic sexual encounters, some willingly, some not. Because of Will, Sylvie has a complicated relationship with her brother, a leader of the resistance. Wren's understated performance keeps the melodrama at bay. S.J.H. © AudioFile 2019, Portland, Maine [Published: JULY 2019]