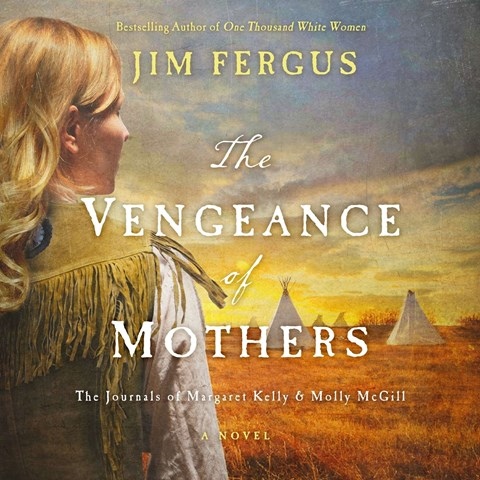 THE VENGEANCE OF MOTHERS The Journals of Margaret Kelly & Molly McGill

In this sequel to ONE THOUSAND WHITE WOMEN, Laura Hicks reprises her superb narration and is joined by Erik Steele, who presents the several male characters in this audiobook. This work of fiction concerns the journals of real-life Irish women who became the wives of Cheyenne warriors. The story is an account of their lives, particularly how they survived in the midst of the Plains Indian Wars. Hicks gives a lively, vivacious performance, as she did in the audiobook's predecessor. Steele is a wonderful complement to Hicks--his baritone voice is just as versatile and clear as Hicks's, he's able to credibly render a variety of accents. M.T.F. © AudioFile 2017, Portland, Maine [Published: NOVEMBER 2017]