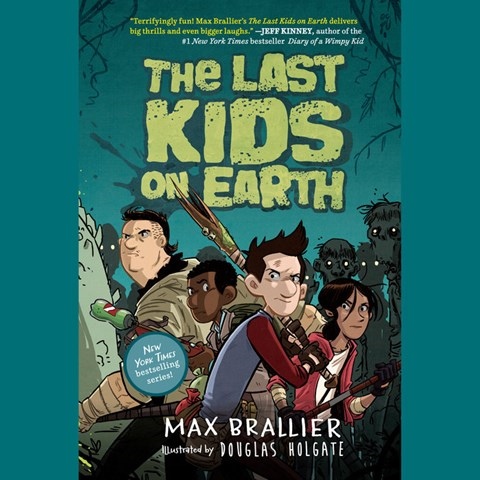 In this highly entertaining audiobook, narrator Robbie Daymond captivates listeners with his energetic portrayal of the adventure-seeking Jack Sullivan, a 13-year-old survivor of the zombie apocalypse. With enough Oreos to last a lifetime and all the video games he could ever wish for, Jack knows he has it good after the monsters overtake his town. Daymond lends a witty voice to Jack's sarcastic and humorous comments as he battles the undead and scavenges for necessary resources. When Jack is reunited with his best friend, Quint, the boys put their heads together to hatch a plan to save Jack's crush, June, from their zombie-infested middle school. Dirk, Rover, and other oddly named monsters are added to mix, establishing a wide cast of human, and not-so-human voices, which Daymond impeccably delivers. V.C. © AudioFile 2017, Portland, Maine [Published: NOVEMBER 2017]