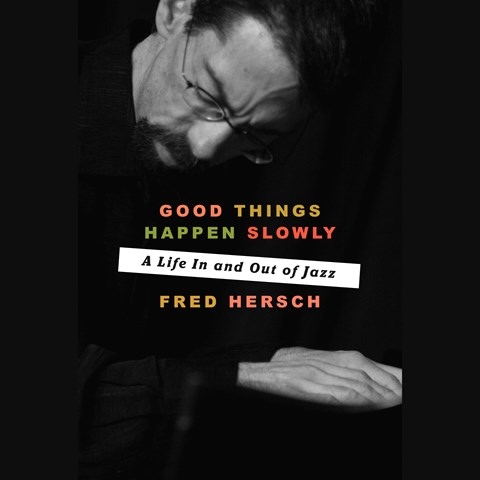 GOOD THINGS HAPPEN SLOWLY A Life In and Out of Jazz

In this autobiographical account of his life as a gay, initially insecure, and enormously talented jazz pianist, Fred Hersch is a lyrical and sympathetic writer who, from the late 1970s to the present, participated in the jazz scene in New York City and other hot spots. Narrator Steven Jay Cohen's equally sympathetic performance captures the author's innocence and gutsy approach to life and to the jazz players who let him into their world. The audiobook is more about Hersch's coming-of-age and dealing with his HIV status than about the jazz world--but it also makes the sometimes cryptic musical genre more accessible. Cohen's sensitive performance, along with the own author's reading of his touching epilogue, makes this an audio that will open listeners' hearts to Hersch's journey. T.W. © AudioFile 2018, Portland, Maine [Published: SEPTEMBER 2018]