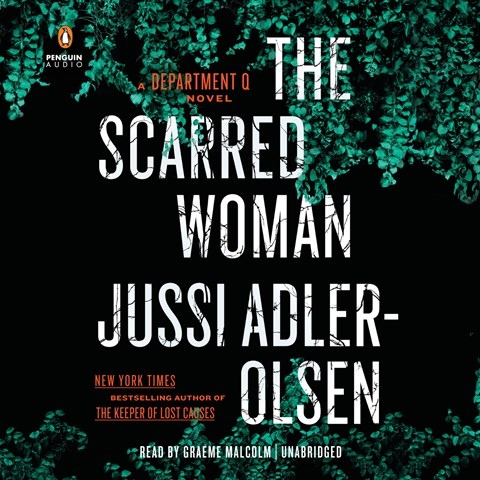 What's the connection between the elderly woman whose head was bashed in and the young woman who was rammed by a car? That's one of the questions in the latest of Jussi Adler-Olsen's excellent mysteries about Copenhagen's Department Q, which investigates cold cases. Graeme Malcolm's understated, almost gentle, narration is one of the many pleasures of this ungentle story as Inspector Carl Mørck and his team navigate related cases, police politics, and the collapse of a beloved colleague. Malcolm captures the characters' personalities and accents--Mørck's voice is tired, his tone sometimes impatient, and Inspector Assad sounds foreign born. Malcolm also shines when called upon to channel aggrieved 20-something girls and an equally aggrieved murderous woman. A.C.S. © AudioFile 2017, Portland, Maine [Published: OCTOBER 2017]