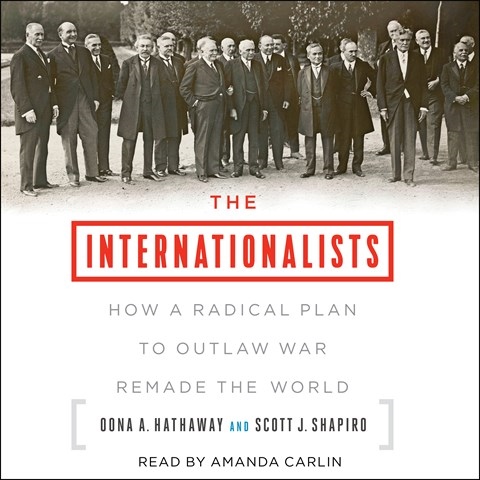 Often the greater challenge for an audiobook narrator isn't the delivery but the comprehension of a text. Would you accept the argument that a 1928 international agreement against waging war--an agreement you've probably never heard of, and one violated almost immediately by the Japanese in Korea--substantially improved the chances of maintaining peace thereafter? Very likely not, and even the authors seem to recognize they're overreaching. What narrator Amanda Carlin grasps so well, possibly better than the authors themselves, is the work's rightful center: the effort to set rules for waging war, dating from the 1600s--a fascinating story in its own right. Carlin's delivery is excellent, but far more important is her understanding of the narrative thread and central interest of the audiobook. D.A.W. © AudioFile 2017, Portland, Maine [Published: NOVEMBER 2017]