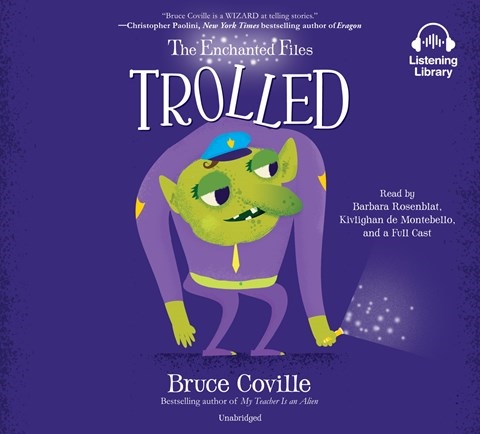 Whiskey-soaked tones convey Ned, a seven-foot troll who made a home in New York's subway system for centuries before meeting a sweet-voiced boy named Cody. Cody's overactive imagination and fascination with Ned lead to the uncovering of secrets and an amazing adventure. The full-cast production helps to compensate for potential confusion between the story's locales, as well as the various characters who read the diaries, letters, and emails that tell the tale. Kivlighan de Montebello ably voices Cody, although he is unable to differentiate Cody's voice from those of the other characters. Familiarity with the other titles in this humorous fantasy series is not necessary. E.J.F. © AudioFile 2017, Portland, Maine [Published: DECEMBER 2017]