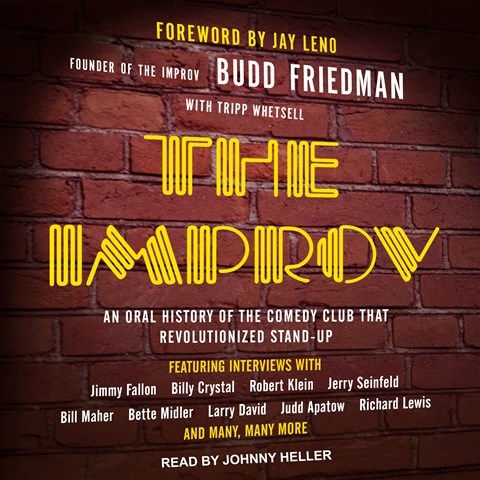 What better medium for an oral history than an audiobook? And Johnny Heller is the right narrator to bring the humorous backstory of an iconic comedy club to life. Budd Friedman started The Improvisation in 1963 as a coffeehouse for Broadway performers, hoping to earn enough to make a living and make the contacts needed for his dream of eventually producing a Broadway show. Known as The Improv, the club began attracting a who's who of up-and-coming comedy talent. Delivering anecdotes and apocrypha, Heller relishes his turn at the mic, wisely not imitating the comedy greats but telling their stories with all the enthusiasm, amusement, anguish, and trials and tribulations they experienced on and off stage. S.J.H. © AudioFile 2017, Portland, Maine [Published: DECEMBER 2017]