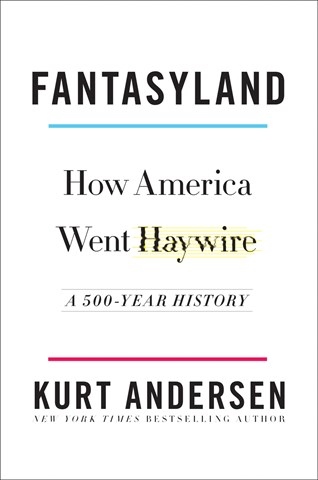 Andersen traces the historical roots of what he calls the American obsession with defying reality. He provides a myriad of examples--from the magical thinking of religious founders who believed Satan walked among us to the marvels of the circus and carnival worlds and the contemporary political fantasies that got Donald Trump elected president. As narrator, Andersen owns the prose. He moves through the audiobook effectively, with a strong projection that at times communicates his frustration with the nation's moves away from reality-based living. Overall, his lightly throaty timbre holds the listener's attention. Though the production has a handful of vocal shifts indicating that retakes were necessary, his engaging energy makes listening enjoyable. L.E. © AudioFile 2017, Portland, Maine [Published: NOVEMBER 2017]