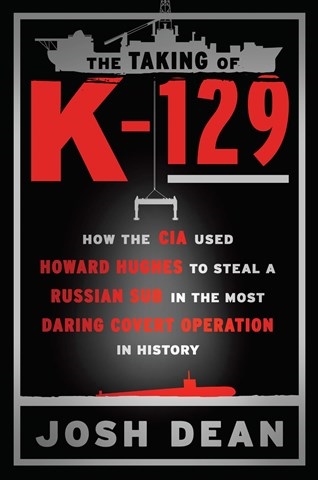 Neil Hellegers narrates the story of a 1974 CIA project that was reminiscent of a Hollywood movie. In one of those instances when truth is more amazing than fiction, the goal was to recover the sunken Soviet submarine K-129, armed with nuclear weapons. K-129 sank in 1968, and, after an extensive search by the Soviet Navy, the U.S. Navy located the ship but was adamant that it could not be recovered. However, the CIA came up with a plan that included building a specially designed ship to recover the submarine at nearly 16,000 feet, using a fake project supposedly funded by billionaire Howard Hughes as a smoke screen to mask their intentions. Hellegers's somewhat gravelly baritone voice is understandable, but not optimal for this production. His timbre is slightly nasal, his intonation not very expressive, and his pacing subtly disjointed. The story itself, reminiscent of the movie ARGO, is quite interesting. M.T.F. © AudioFile 2017, Portland, Maine [Published: DECEMBER 2017]