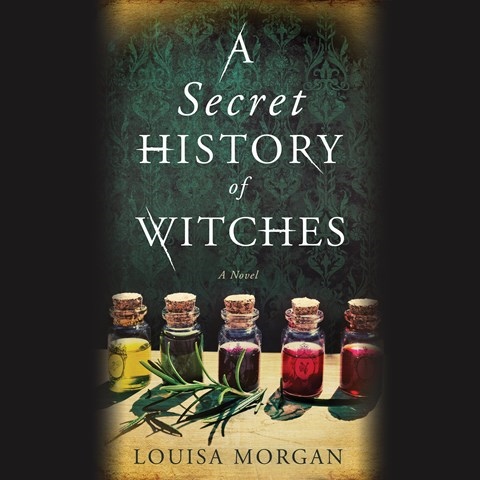 A SECRET HISTORY OF WITCHES

Five generations of a clan of witches, portrayed by narrator Polly Lee, flee persecution in Brittany for the unknown shores of the United Kingdom. The atmospheric opening scene, fraught with tension and determination, is captured perfectly by Lee's hushed voice and careful cadence, setting the emotional tone for what lies ahead. Each generation faces challenges inherent in practicing its craft in a world that fears their power. The complex relationships between mothers and daughters are enriched by Lee's strong characterizations, which capture time periods, ages, genders, and social class. Her narrative talents shine further as she moves smoothly between French, British, and American accents. Spellbound listeners won't want this story to end. J.R.T. Winner of AudioFile Earphones Award © AudioFile 2017, Portland, Maine [Published: OCTOBER 2017]