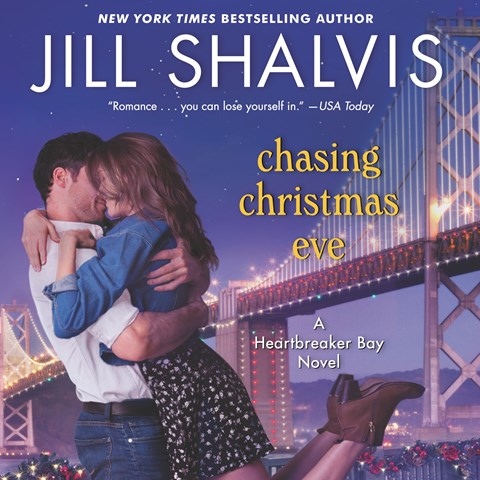 Colbie Albright is running away from her demanding family and, by mere chance, ends up on a plane heading to San Francisco. Once there, she gets caught up in a romance with Spencer Baldwin. Narrator Karen White provides distinctive voices for the cast of characters. Although San Francisco is a large city, the close-knit community created by Spencer and his friends gives the story a small-town feel. White conveys the mixed emotions that Colbie feels when trying to deal with her family from a long distance. Colbie has promised to return to them by Christmas Eve, and White builds the tension as the deadline approaches. One can almost see the lights twinkling in the courtyard of Spencer's building. S.B. © AudioFile 2017, Portland, Maine [Published: OCTOBER 2017]