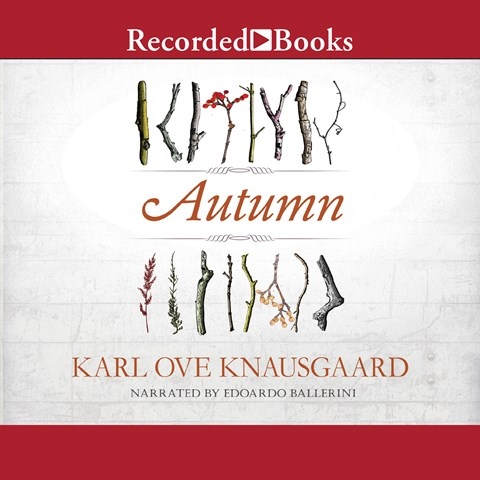 Knausgaard is best known for his difficult and controversial series of autobiographical novels, MY STRUGGLE, but in this audiobook he shows a different, gentler side. He is writing to his unborn daughter, Anna, his fourth child, and musing on how the world works. A series of short essays, eloquently voiced by Edoardo Ballerini, ranges among trees, vomit, fingers, and jellyfish, from the house where Anna will grow up to the far reaches of the cosmos. No matter the topic, Ballerini never forgets that this is a father speaking to his daughter. His voice is gentle, warm, and intimate without forsaking an appropriate range of emotions. Some listeners will find some of these meditations distasteful, but there is much here to appreciate. D.M.H. © AudioFile 2017, Portland, Maine [Published: DECEMBER 2017]