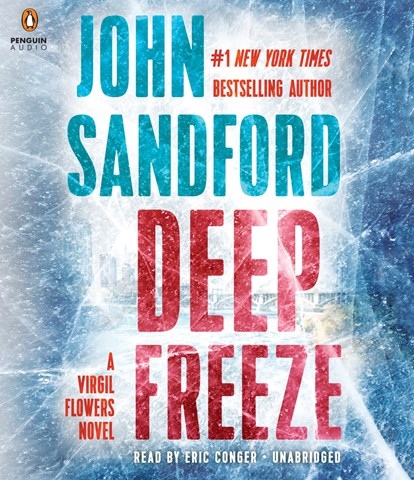 Virgil Flowers goes to wintry Trippton, Minnesota, to investigate the death of the town's bank president, whose body was found in the icy river. Narrator Eric Conger reprises his portrayal of Flowers, who is somehow simultaneously irascible and mellow as he puzzles through the list of possible murderers. Conger's masculine voice is a satisfying choice for Flowers, especially the detective's dry humor surrounding the subplot of a secret ring with plans to manufacture X-rated Barbie dolls. Flowers is annoyed with the California lawyer brought in by Mattel, Inc., and her lack of appreciation for the state he reveres. Snappy conversations keep the story hopping, and Sandford's style of tagging the dialogue is key in helping listeners keep the characters straight. Conger delivers a straight, enjoyable narration. N.M.C. © AudioFile 2018, Portland, Maine [Published: FEBRUARY 2018]