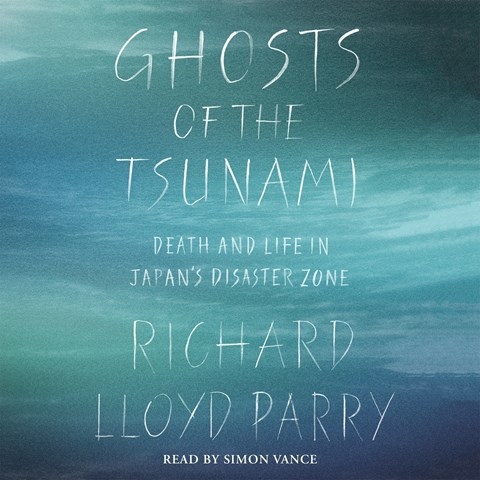 GHOSTS OF THE TSUNAMI Death and Life in Japan's Disaster Zone

In an understated performance, Simon Vance details one of the stunning tragedies arising from the tsunami that struck Japan in 2011. He expertly balances the details of the author's heavily researched investigation and the emotionally charged survivors' stories. The tsunami was precipitated by the largest recorded earthquake in Japan. That said, earthquakes are so common in Japan that precautions are systematic and considered in everything from building construction to evacuation plans. These customary precautions make the tragedy that occurred in Okawa, a small village that lost 74 children that day, all the more devastating. Vance's steady pacing, crisp enunciation, and careful inflection enhance the weight of the story, which moves between reportage and interviews, and ultimately reveals unsettling truths about this particular disaster. A.S. 2018 Audies Finalist © AudioFile 2018, Portland, Maine [Published: JANUARY 2018]