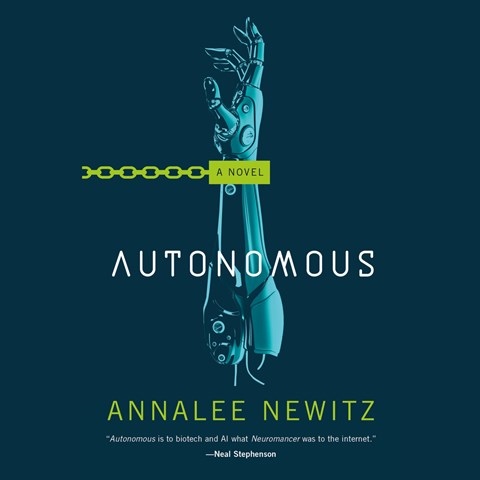 In the near future, corporations own the rights to everything. Drugs. Ideas. People. Jennifer Ikeda brings this grim world of intellectual property thieves, government agents, and robots to life, highlighting the challenges each faces as he, she, or it struggles to survive. In this world, survival is a struggle no matter which side of the law you're on. Where Ikeda truly shines is in her portrayal of the numerous robot characters--although it might seem counterintuitive that the robots have a wider range of emotions and experiences than the human characters. The uncertainty, fear, rage, despair, and, ultimately, hope that the robots experience are all perfectly voiced by Ikeda. A thrilling examination of intellectual property rights and personal identity. K.M.P. © AudioFile 2017, Portland, Maine [Published: OCTOBER 2017]