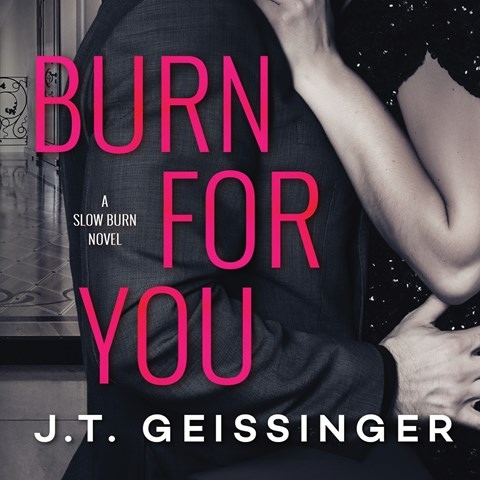 BURN FOR YOU Slow Burn, Book 1

Dual narrators Diana Luke and Sebastian York take on the romance of Bianca Hardwick and Jackson Boudreaux. Bad-tempered, wealthy Jackson comes to Bianca's restaurant, looking for a caterer. Bianca wants to refuse, but she needs the money for her mother's medical bills. The story is told from both Bianca's and Jackson's points of view. Luke delivers Bianca's sections, while York does Jackson's. The story takes place in New Orleans, and Luke brings the flavor of the city to her narration. York does well expressing Jackson's gruff personality. Because the story is told predominantly from Bianca's perspective, Luke ends up doing the bulk of the narration. S.B. © AudioFile 2017, Portland, Maine [Published: NOVEMBER 2017]