Home»Reviews»NOT A CRIME TO BE POOR 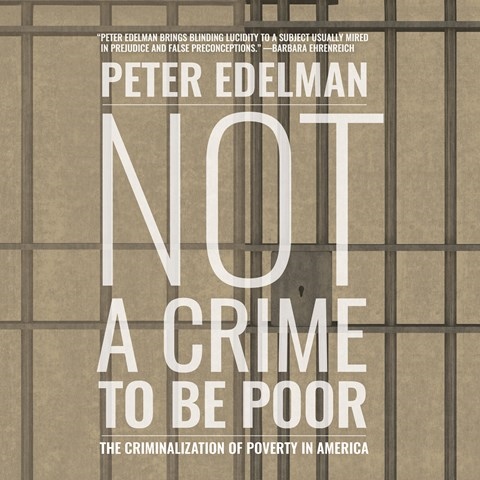 This audiobook tackles the uncomfortable notion that our criminal justice system treats the poor terribly, if not criminally. Through fines, an unjust bail system, and a jail system that sometimes substitutes for a mental health facility, the author argues, being poor is now akin to being a lawbreaker. Narrator Eric G. Dove has a deep, authoritative voice, and he succeeds in establishing the serious and informational tone this book deserves. He approaches the work with an unadorned style, but he doesn't vary his performance enough to move beyond the text, and at times he doesn't pause enough to let us contemplate the author's words. Dove does a serviceable job with an audiobook that should be widely read and discussed. R.I.G. © AudioFile 2017, Portland, Maine [Published: DECEMBER 2017]