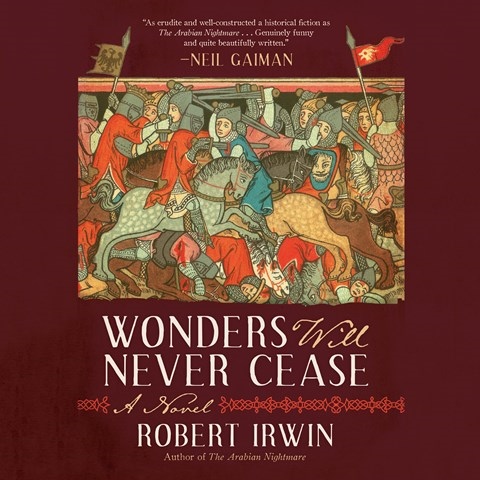 Narrator James Langton begins this saga with the battlefield death of Anthony Woodville, Lord Scales--followed by his unbelievable resurrection three days later. A hierarchy of speech--from that of educated nobleman to that of rough mercenaries and lepers--is heard as reality blurs into fantasy and magic in this novel. The roughness of illiterates mixes with the cultured Scales and his noble family. Langton plows through bloody decapitations, hangings, and countless battles between the armies of the White Rose and the Red. Langton's legion of voices describes horrific occurrences that will curl the toes of those who listen to the knightly adventures, true or not, of Lord Scales. A.M.G. © AudioFile 2017, Portland, Maine [Published: NOVEMBER 2017]