HomeÂ»ReviewsÂ»BARKING UP THE WRONG TREE 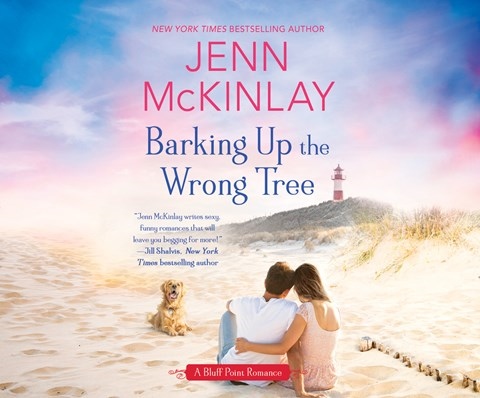 Not only does narrator Allyson Ryan bring the human characters to life in this romance, she also makes Ike, the filthy-mouthed parrot, come alive. Carly DeCusati loses her job in New York City and is forced to return home to Maine, bringing Ike with her, as well as an elderly golden retriever. Back home, she ends up in what is supposed to be a one-night stand with James Sinclair, a physical therapist. But despite her best efforts, it turns into more. The listener will chuckle at Ike's antics and the bonding between Carly's and James's dogs. Ryan's smooth tone goes well with the humor and the blossoming romance. S.B. © AudioFile 2017, Portland, Maine [Published: NOVEMBER 2017]