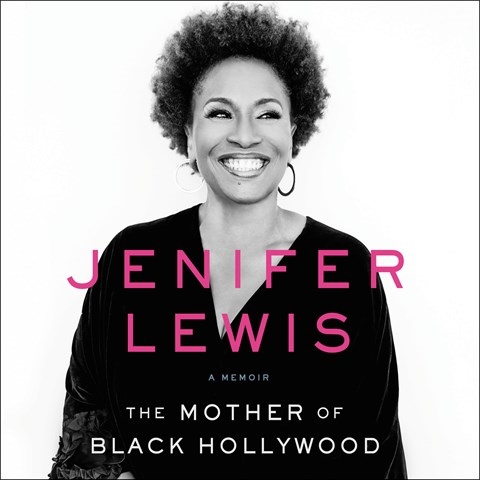 THE MOTHER OF BLACK HOLLYWOOD A Memoir

Jenifer Lewis, star of the TV show "Black-ish," holds nothing back in delivering her audacious, outrageous memoir. Dubbed "The Mother of Black Hollywood" by her cohorts, Lewis recalls navigating her way through Broadway and Hollywood as a young actor while dealing with the perils faced by a woman, particularly a black woman, head-on and making a name for herself in show business. She frankly reveals having been sexually abused as a child by her minister, her addiction to sex for emotional comfort, and her eventual diagnosis of bipolar disorder. Bursting into song, exploding with over-the-top hilarity, Lewis confides some of her best-kept secrets to fans as if they were her new BFFs. Wonderfully honest, intelligent, and brave, Lewis delivers a tour-de-force performance not to be missed. S.J.H. Winner of AudioFile Earphones Award © AudioFile 2017, Portland, Maine [Published: DECEMBER 2017]