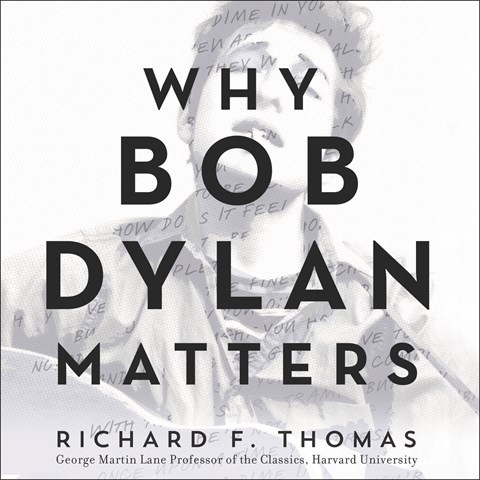 Harvard professor Robert F. Thomas has written a lengthy academic treatise on Bob Dylan's songs, which Nick Landrum delivers. Thomas seems to love his own record collection, concert attendance, general observations, and opinions nearly as much as he does Dylan the recording artist, performer, and man. Landrum keeps the author's self-aggrandizement to a minimum by moderating his tone. His excellent narration suffers only from unconvincing direct quotes by Dylan. The work itself begins and ends a description of the recent Nobel Prize ceremony awarding Dylan the prize for literature. Overall, this audiobook is a bit too deeply analytical as it examines Dylan's work song by song, which gets to be pompous and tedious even for fans. W.A.G. © AudioFile 2018, Portland, Maine [Published: FEBRUARY 2018]