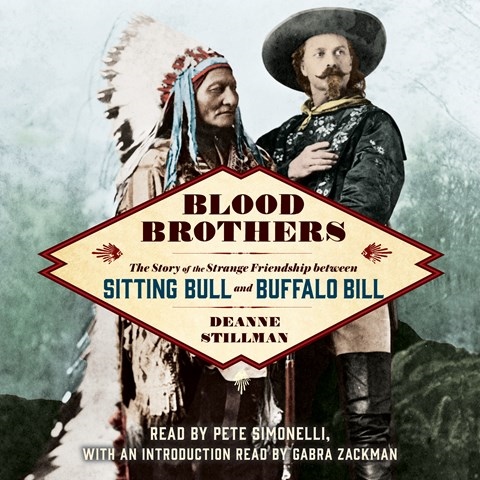 This history of the unlikely friendship between Sitting Bull and Buffalo Bill Cody is neatly narrated by Pete Simonelli. Sitting Bull was blamed for the annihilation of the U.S. Cavalry at Custer's Last Stand, and Buffalo Bill Cody was hailed for the U.S. Army's bloody revenge--but both myths are untrue. Simonelli delivers the Native American dialogue with a hint of stoicism and describes the horrific details of the battles without hype. In an unembellished masculine tone, he explains the unlikely mutual respect that developed between the two heroes when Sitting Bull appeared for a season in Buffalo Bill's Wild West show in 1885. Scots, Brits, and even Annie Oakley are portrayed with little flourish, a good choice for this woeful chapter of American history. N.M.C. © AudioFile 2018, Portland, Maine [Published: MARCH 2018]