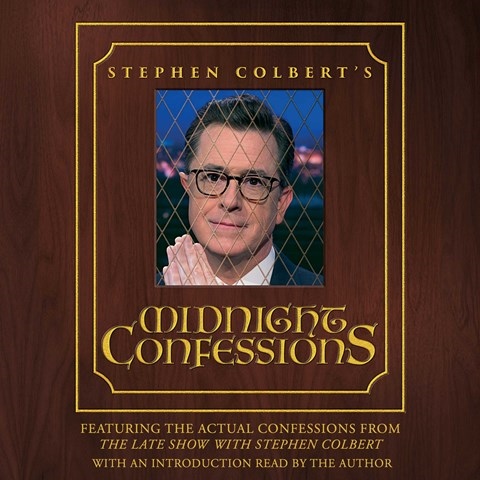 Stephen Colbert reads this brief audiobook of lines from his popular "Midnight Confessions" segment of his late-night TV show. As a Catholic, Colbert spent many hours on his knees, confessing his sins to a priest. As an entertainer, he "confesses" his misdeeds to the audience. His dry wit and punchy humor come across beautifully. Colbert delivers more than 100 of his brief confessions, each a sentence or two, with his celebrated clever wit. The lines are bright and funny, no politics here, just jokes to elicit a smile--for example, "I know how to fold fitted sheets, but I will never tell my wife." And "Until the sixth grade I thought lesbians were what you called people who lived in Libya." You get the picture. M.S. © AudioFile 2018, Portland, Maine [Published: FEBRUARY 2018]