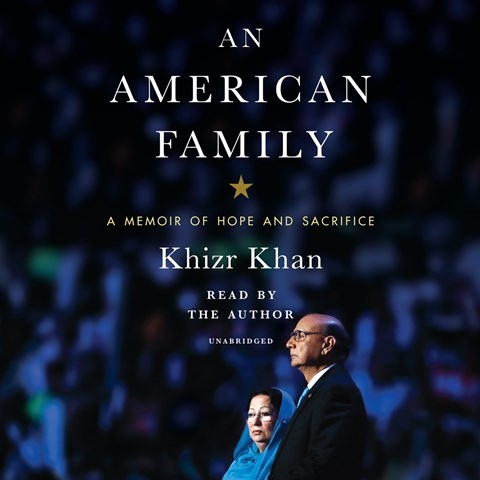 AN AMERICAN FAMILY A Memoir of Hope and Sacrifice

Khizr Khan gained public attention at the Democratic National Convention when he talked about the loss of his son in combat and challenged Donald Trump's vision of America. This audiobook explores his journey from Pakistan to the United States, a true modern immigrant success story. His interest in America was piqued when, as a student in Pakistan, he read the Declaration of Independence. His desire to emigrate was fueled by the kindness of his American boss in Dubai after he graduated from college. It's a compelling story that is engaging and easy to follow. But Khan's reading is too slow and deliberate, even when the playback speed is increased. The publisher would have done better to let Khan read the introduction and then turn the remainder over to a professional narrator. R.C.G. © AudioFile 2017, Portland, Maine [Published: NOVEMBER 2017]